I’m going to tell you because it’s pretty magical.

This morning I woke up excited at 3 am.

It’s Saturday morning, a day where I have traditionally slept late in past years.

This uncontrollable excitement has been happening more and more over the past 4-6 weeks. Today I want to share with you why I believe it’s happening and the opportunity that you have in front of you.

Because as entrepreneurs we need to learn to engineer our success.

This post is a powerful opportunity for you to change your life for good.

So it was 3 am, but I decided to sleep a little longer and dozed in and out until I got up at 4 am and decided it was time to get up and get going.

I’m going to share some fantastic tools that I’ve uncovered over the past six weeks and show you how they’ve made a massive impact on my life and business.

Where did this all start?

As a young kid, I realized that I had some pretty severe sleep issues. Until about three years ago I used to:

Sleep and productivity have always been two of the dials that I’ve been trying to turn and adjust to the perfect position for optimal performance and health.

I remember 15 years ago waking up at 2 am, driving to my office, and painting a picture of a herd of elephants on a black canvas.

I have vivid memories like that from the times I’ve been able to wake up and work on something important or creative.

I also have had plenty of seasons where I’ve stayed up late until 2-4am working.

The early morning hours are some of the most miraculous times, and that leads me to one of the $250,000 books I’ve read.

Most books aren’t that special, but this one made me an extra $250,000 in eight months.

Five years ago when Rachel and I first moved into together into a tiny little condo (about a mile from where we live now near Cleveland Ohio), I picked up an incredible book called The Miracle Morning by Hal Elrod.

Hal explained how he had discovered a process of waking up just a few minutes earlier every day and how it had changed his entire life.

I was incredibly inspired by the story, so I slowly started doing exactly what he teaches in the book.

Each week I started waking up just 15 minutes earlier than before, and in a matter of just a few short months I was getting up at 3:45 am every day.

This was a critical season of growth for our company, and we were in the midst of going from 5-8 team members up to 30+ team members just a year later.

So as many of us entrepreneurs have experienced, I was handling multiple roles and trying to keep things profitable.

By giving myself an extra five hours a day before anyone got started at 9 am in the morning, I felt like I had 2-3 days in one.

So are saying daily affirmations.

Those two fundamental principles that Hal teaches in the book ended up having an incredible impact on the bottom line that year. In just a matter of eight months, we nearly doubled our revenue by adding $250,000 in new revenue for the business.

I credit it all to taking action on what Hal teaches in The Miracle Morning.

That was probably the first time that I started to grasp the power of routines, and I started to use them more frequently.

I thought I had figured it out, but it wasn’t until March of this year that I was able to tap into the next level of powerful routines. Today I’m going to share with you:

I recently completed two books on habits (which could have just as easily been titled with the word routines instead of habits).

Mini Habits is the light version (a short easy read), and Atomic Habits is the in-depth and well-researched version that explains the brain science behind habits and routines.

Either one will help you understand how to maximize the power of your routines.

I’m going to give you the abridged version of what’s in the books, and I highly recommend you read one or both.

Key Lesson #1: Make your habits laughably small and cute, like a puppy

I decide to call these habits “puppy-sized” habits. If you want to change some behavior (like you want to work out or you want to write more or keep your office cleaner), then you should make the first step so small and silly and cute that it’s laughable.

When I realized that was the key to overcoming the mental resistance, we create when we imagine a huge project it was a game changer for me.

I decided to test the concept with something I have typically not enjoyed: cleaning up my office.

As the books recommend, I set a tiny goal, three minutes of cleaning and organizing.

So I set at the timer for three minutes and cleaned up a small part of my office.

I was astonished by the results of this exercise.

Not only did I complete the three minutes of organization work (aren’t you proud of me! 😉) I felt motivated and good about myself, and it set a positive and productive tone for the day.

So I started doing at least three minutes of organization every day, and in a matter of just a couple days, even Rachel noticed the difference and remarked at how clean and organized my office was.

It made me feel good, and it left more room in my brain for more meaningful work now that my office was in an orderly state.

To make long-lasting change, we have to start with tiny little goals that are so small and silly they appear to be as cute as a little puppy. So for me, I thought, what’s better than one puppy!? Three puppies!

Stacking up three-minute mini-habits helps us create feelings of motivation.

Action precedes motivation, not the other way around.

I see WAY too many entrepreneurs telling themselves the lie that “I’ll start that when I feel inspired or motivated” and that doesn’t work.

You have to get up and take action if you want to feel good about doing something. That’s just how it works.

So I discovered the puppy stack.

I now have a set of eight things I do every morning to get my body and brain into hyperdrive for the day.

Here’s my little acronym that helps me remember what to do:

I used to have it arranged, so it was pronounceable, but I realized that there was a more optimal order it became impossible to pronounce now 🙂

Here’s what each item means:

Work out – I use my friend PJ Glassey as my personal trainer and use his Xgym workout strategies so that workouts take less than 21 minutes a day.

Meditate – I use both my Muse headband and also Headspace depending on the day, and I meditate for anywhere from 5-30 minutes each morning (usually 10 minutes during the week and for longer stretches on the weekends or in the evenings).

Affirmations – Each morning I say aloud a set of affirmations that help me embody who I truly am and who I am becoming. This is the first affirmation I say each day “I am a grateful, joyful, and empowered human that is limitless in all areas of life.”

Plan – I then set a timer for five minutes and create my task list for the day in my Evernote app. I have a notebook called The One Thing because I tell myself if I can accomplish one thing that day, then it’s been a successful day. Everything after the one thing is a bonus.

Organize – I originally had this as my first item in the routine, but now I put it here and spend 3-5 minutes organizing as it makes me feel accomplished and helps me get into a positive, energetic work state for the day.

Write – I love to write. It only took me 20 years of horrible writing to find my voice, but even before I found my writing voice, I still found it therapeutic. I’d highly encourage you to journal every day as it will help you solve things in your head. Most days I write posts like this that I’m doing now, but there are times where I’ll write a note to Rachel or someone else I care about, and sometimes I write a personal journal entry.

Stretch – I’ve been watching Rachel practice Yoga for years now and although I’m a very healthy active person I’ve realized that having flexibility is something I want. Rachel’s encouraged me to work on it for years, and I’m finally taking her good advice.

So that’s my daily routine.

It’s kind of long now, and I don’t recommend that you start with something with that many steps.

It takes me about two hours to get through it, and some days I don’t complete it perfectly. However I never allow myself to miss the entire routine two days in a row.

In one of the habits book they said “You can miss once, but don’t allow yourself to miss two days in a row” and that really stuck with me. I’d encourage you think the same way about your routines.

I tend to be extreme about things and then pull back to more manageable levels, so I expect I’ll probably adjust this a little bit more in the future.

I’d recommend you find three small habits to do for three minutes each morning. That’s how I first started, and it’s been incredible to see the results.

In just the past 30 days I’ve seen this intense focus on my morning routine add an extra $75,000 in new contracts to my business and also reduce my stress and increase my productivity and results.

For you, the results may be bigger or smaller. Forget the number and realize that you have WAY more potential inside of you than you’ve used before.

Now that you understand the basics of puppy stacks (correctly named “habit stacking” in the books) what are you going to do with it?

I’d challenge you to reply to me here and make a small commitment to the habit stack you’re going to create or the book you’re going to read. The three I mentioned in this post are great places to start if you haven’t already read AND applied them to your life.

So what are you going to do?

P.S. Things like habits and routines, processes and business controls don’t feel sexy at first, but they do give you incredible power and long term results as an entrepreneur.

I believe in providing principle based and actionable tools and training to entrepreneurs like you.

If you haven’t already heard, we’re holding a powerful business training conference for entrepreneurs who are serious about achieving ultimate business freedom for themselves this August from the 15-18th in Las Vegas. You can learn all about it and unlock $50,000 in bonuses here. 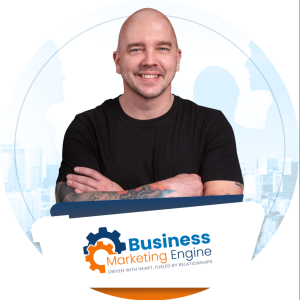 Gabe Arnold has spent the last 20 years learning, studying, and obsessing over technology, communication, and leadership. He has dedicated his life to finding ways to help teams of all sizes create effective results based organizational models. As CEO of Business Marketing Engine he designs the technology and communication paths that help our team and clients grow consistently. You can follow him on Facebook or on LinkedIn. 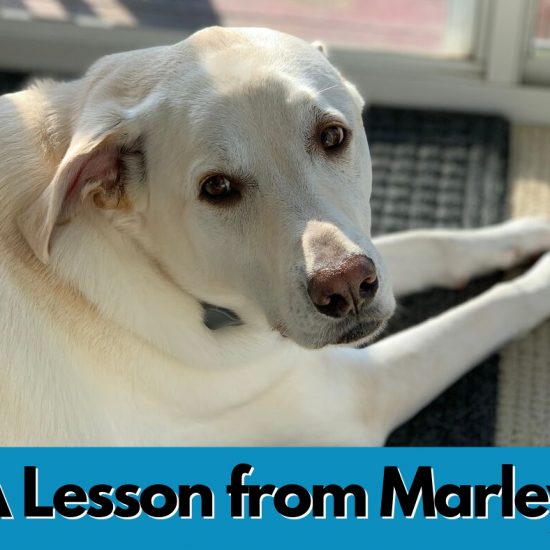