Don’t Open This if You Want To Fail 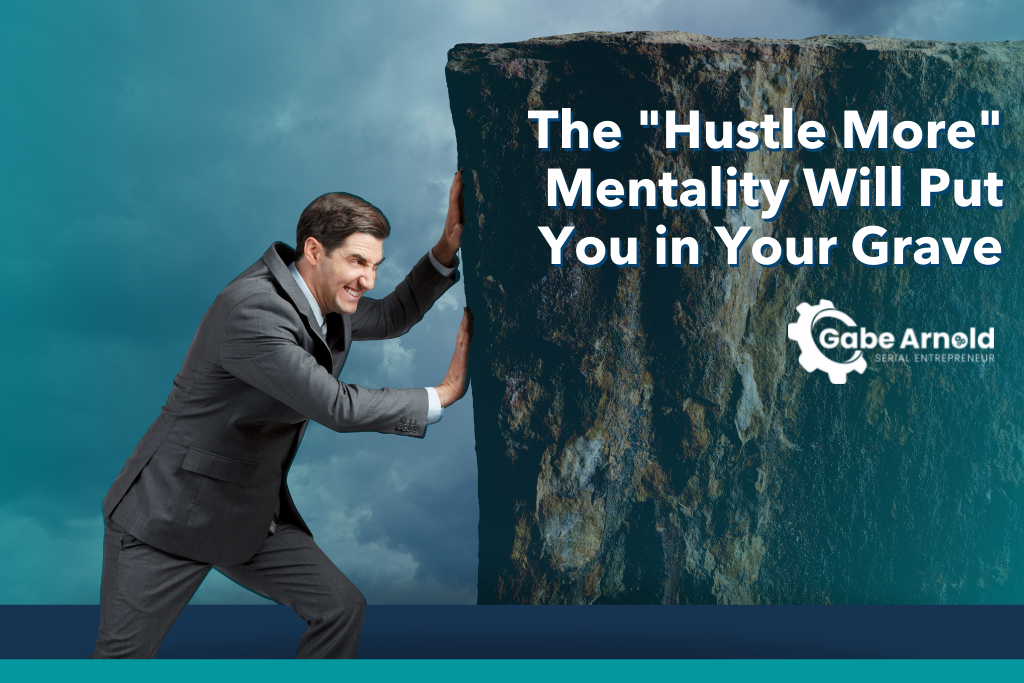 What I’m about to say might feel controversial to some of you.

But based on what I’ve seen with a lot of my own clients, I have to say it anyway.

I get that it can be easy to subscribe to all the sh*t they have to say about how you can become successful overnight. Who wouldn’t want that?

Not to mention there are so many of those bad influencers in the entrepreneurial space. How do you choose which ones are the right ones to follow?

I’m popping in today because I want you to avoid this trap. There’s a lot of misinformation out there, and my goal today is for us to be upfront and candid about what works, what doesn’t and how you can spot the bad entrepreneurial advice that floats around.

(By the way, if you have any questions about any of this or need any further support, just let me know.)

I’m not gonna name the influencers that first come to mind when I think of the words “tricky” and “dishonest” and “misleading.”

But there’s one guy I’m thinking of who constantly says:

“All you have to do to be successful is do more and more– and more. If you’re not successful, you’re not doing enough!”

There’s another guy I’m thinking of who constantly says:

“If you’re not getting results, you need to hustle harder, do more and put in more effort! If you’re not posting three to four times a day on your socials, or pestering your audience over and over again, then you won’t be successful.”

Think about the message those sorts of– to be totally honest here– idiots promote.

When you look at that type of messaging more closely, you realize that these “influencers” are indeed successful in business.

But you also realize that what they teach you to do isn’t what they actually do.

When you follow them, you’re following people who haven’t applied what they’re teaching to their own lives, to their own business models.

Want to know a secret?

One of those mystery men I just talked about received millions of dollars from their own parents. They didn’t feel the same need that you have felt to hustle, bootstrap or grind.

What they’re spewing doesn’t come from their personal experience, and it sure as hell doesn’t work.

Let’s look at an example in light of Valentine’s Day being yesterday. (I hope you had a nice holiday, by the way!)

Taking that sort of advice would be the same as me saying:

“Hey, that first batch of Valentine’s Day cupcakes you made was no good. So next time, I want you to just 10X the batch. It’ll all be fine and dandy then!”

If you’ve ever baked anything– or done just about anything that takes a certain level of practice and expertise– the solution to screwing up the first time isn’t to just 10X your input.

It won’t solve anything. I promise. Not if you don’t know what you’re doing in the first place.

More activity will not necessarily make you better at what you’re doing– or trying to do.

As a baker who makes super sh*tty Valentine’s cupcakes, you can take one of two routes:

1. You can keep on doing more and keep on ending up with cupcakes that taste awful. Or…

2. You can find a master baker to apprentice under so that you actually improve.

We live in the age of the Grind Culture.

We live in the Hustle More! Era.

The messages that come with those mindsets trigger this heroic attitude in us as entrepreneurs. We end up thinking, “Oh! I just have to do more. I have to conquer everything. No worries at all; that sounds attractive. It must be effective.”

I’ve coached plenty of folks who have fallen victim to that mindset, and more than anything else, it makes me feel sad.

When those clients of mine started their own businesses, instead of getting the freedom they so desperately longed for, they ended up working 15 or 20 hours a day. Their relationship with their spouse deteriorated, and their health did too. They realized they were making less as an entrepreneur than they did at their day job.

Long story short, they became a slave to the very job they thought would set them free.

Not sleeping enough, not taking enough care of yourself and not spending enough time with your loved ones are all side effects of letting those “influencers” into your space who tell you that you have to just do more to win.

What’s the end result, though?

You will literally put yourself into the grave– and I don’t mean that in a hyperbolic sense.

As an entrepreneur, it’s crucial that we are careful in who we choose to follow. Are the people you’re following showing you that they implement structure, routine and repeatable results in their everyday lives?

Are they just showing you that they’re noisy, talking as fast and loud as inhumanly possible so that they force you to feel excited about what they’re saying?

If you chose the former, good on you.

If you chose the latter, I want you to remember something:

Yes, these people are technically influencing others. But they’re not real influencers. What they’re teaching isn’t gonna last.

As you move forward in your week and your year, I also want you to remind yourself that activity does not equal success all the time.

Of course, we have to engage in activity to gain experience and continue on the entrepreneurial journey, but that isn’t the end-all-be-all of your success.

I don’t want you to end up like some of the entrepreneurs I’ve seen who follow bad advice that kills them, their business and their passion.

What I do want is for you to be strategic– to be able to achieve freedom of time and money by having the right support in your life.

That’s what’s going to get you the success you’ve been chasing.

Along the way, if you want help in being strategic to fuel your success, that’s what my team and I do. Reach out to us.

P.S. One of the strongest foundations you can lay to ensure you’re successful in both your personal and professional life is that of communication.

My #1 goal is to always serve you at the highest level and provide you with sustainable solutions from a marketing and business standpoint.

That’s why I wrote my book, Atomic Words: Cut Through the Noise & Deliver Impactful Communication.

You can preorder it by clicking here.