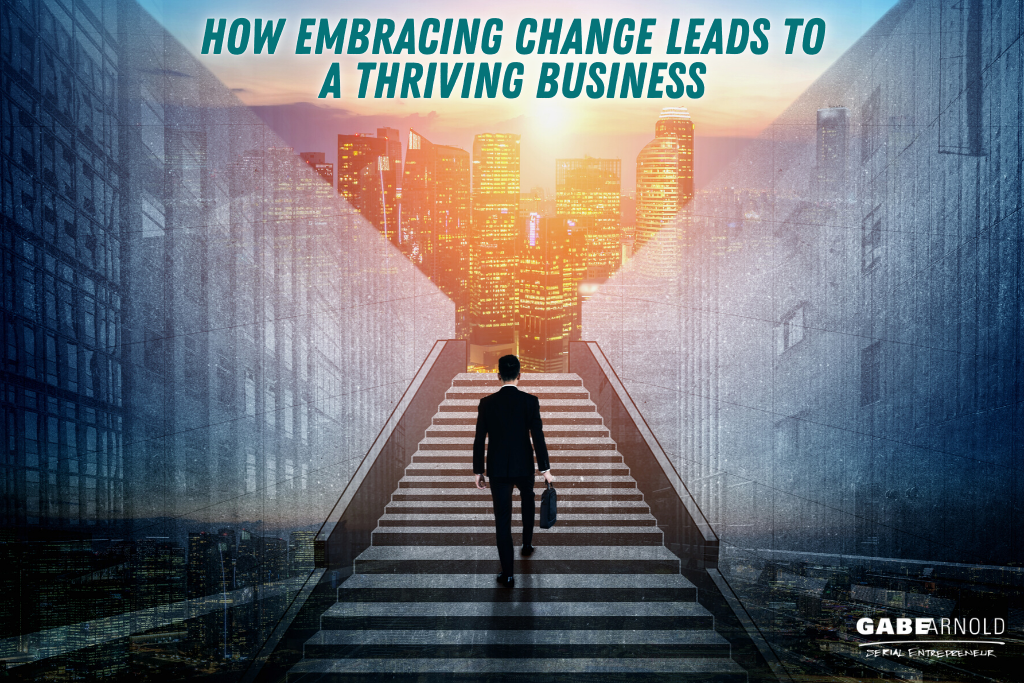 Anybody who has known me for any length of time knows how much I love music (and it’s evident in every episode of the podcast so far). I even have a tattoo that says “Music saves me.”. We are examining adaptation in the music industry through an entrepreneurial lens because I have been inspired by many music artists’ ability to change with the times and survive.

There are many lessons and examples I could give you, but I’m just going to talk about my top three. Here they are in no particular order:

I first started listening to NiN back in the early ‘90s. They had this sound and intensity like nothing I’d ever experienced before. Trent Reznor and Atticus Ross had some “secret sauce” they’d concocted in the studio that made every track hit and cut in just the right way. It moved me, and nobody has ever duplicated that experience before or since.

So, what does this have to do with adapting to survive? Let’s talk about that:

I’m probably dating myself here, but I remember the late ‘90s/early 2000s when Napster and other file sharing services via torrenting first became prevalent online. All of a sudden, you could get any album by any artist for free within days or even hours of release. It hit the recording industry hard, and album sales plummeted.

The problem was, the internet was changing everything about every industry, and sharing files was a part of the future whether anyone was ready or not. Those who refused or were slow to adapt often went under or were bought out by larger, more agile rivals.

Many of the performers also struggled with the change, too. Some bands and artists like Metallica filed lawsuits and tried to shut file-sharing down. The trouble was that the momentum was already too great, and the lawsuits just caused fans, and the growing online industry, to shun and move away from them. They were right to protect their work, but the strategy of resisting streaming and sharing was flawed.

Conversely, Nine Inch Nails chose to go in a completely different direction. In 2008, they released their album “The Slip” online for free. You could still buy it in stores on physical media, but you could download or torrent the album for free.

They adapted to the shift in technology and used it to expand their fan base, which opened up many new opportunities. They even went on to score major motion picture releases like “The Social Network” and the show “Watchmen” on HBO.

By continually embracing change, Nine Inch Nails remains one of the most influential musical acts to this day. They even gave Lil’ Nas X permission to sample some of their music in his surprise hit “Old Town Road” after it had released. Reznor and Ross didn’t sue the up-and-coming artist or try to get a share of his earnings because they didn’t need it.

Instead, they gave from their abundance so that others could succeed, and the world is a better place.

I also have a tattoo on my right arm that reads “Guts Over Fear.”

It’s a tribute to another of my favorite artists, Eminem. The tattoo was inspired by a duet track Eminem created with pop singer Sia titled “Guts Over Fear”, and I had it inked into my skin because it’s a life value for me.

I admire Eminem because he works so hard despite being talented enough to not work as hard as he does. He is constantly evolving, adapting and changing while remaining true to himself. I also feel I share a somewhat personal bond with Eminem as well.

When he was young, the rapper was attacked on his way home from school. He was severely injured, and there was evidence of brain damage. He doesn’t speak of it often, but he believes that’s when his Asperger’s syndrome really kicked in, and he began to struggle socially and in school.

I am also on the autism spectrum, and I can relate to that experience. Those of us who are not neurotypical develop the left and right hemispheres of our brain at different rates, often causing a disconnect or differentiation that impedes social and intellectual functioning.

I like to believe that Eminem and I think in extremely similar ways, not only because I relate to his music, but also because our brains are wired in similar ways.

The connection to adapting to survive is this: I used to put “Guts Over Fear” on repeat during a time when I was struggling and going through my second divorce. The song is all about acknowledging fear and still pushing through. As an entrepreneur, the business you are in today will not be the business you are in ten years from now. If you don’t learn to adapt, you can’t be successful.

Eminem survived a broken home, hardship and abuse. He broke into an industry that claimed he didn’t belong and suffered persecution and hardship as a rapper. Despite these setbacks, he has still achieved universal acclaim and success. That’s what adapting to survive looks like.

Ben has always said he got involved with two bands at once because he was determined to be successful as a musician and artist. It didn’t matter that everyone thought he was crazy, or that he couldn’t possibly juggle both projects successfully.

He focused on his goal, and he refused to give up until he achieved his dreams. Ben was willing to do whatever it takes, even start two bands, to be successful. After a few years of dedication and hard work, he had two successful projects that had made him an indie darling and a household name among fans.

The same is true of being an entrepreneur. You have to decide if you can adapt and change to get where you want to go. You have to acknowledge your fear, not suppress it, and move forward in spite of the challenges you know you will face.

Thanks for listening to today’s episode. I hope my thoughts on adapting to survive to prove useful to you. Let me know what you think in the comments.